Print | Email
When you notice that the engine is losing power, the membrame of the dump-valve might be leaking. With this description you will be able to repair the dump-valve. (4 cilinder petrol turbo engines). The descriprion is based on the descriprion of forum member iluvsanela of the Dutch Saab forum.

Needed for the repair: 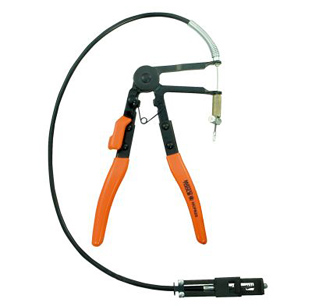 Place the cover with the new membrame in the right following order and keep it in place with one hand while fastening one of the torx screws with the other hand. Be carefull, the membrame is a bith thin and can be damaged easely.
Fasten the first screw as good as possible, fasten the other 2 screws.

Place everything back in reverse order.

If you not change browser settings, you agree to it. Learn more

Cookies are used on this website. A cookie is a small file that comes with the pages of this website. These files are stored on the hard drive of your computer by your browser. The stored information can be used during a next visit of the website.

By using a permanent cookie we can recognize you when you visit our website. The website can therefore be optimized to your preferences (f.e. the language choice). When you have given permission for the placement of cookies we can remember this by means of a cookie. As a result, you don't have to repeat your preferences. This will save time and it optimizes the use of our website. You can remove permanent cookies via your browser settings.

Use of data
Your data will be used only as indicated above, date is not used for other purposes and will not be provided to third parties.

Enabling, disabling and deleting cookies depends on the used browser, you can find this in the instructions and/or using the Help function of your browser.

On the Wikipedia you can find more informatio about cookies.